When aliens known as the Strogg attacked the Earth, the human race barely survived being consumed by the barbaric civilization. But mankind wasted no time in responding and sent an armada to the Strogg home world to finish off our greatest enemy. Matthew Kane, a marine with a mysterious past, is a member of Rhino Squad - an elite military unit that's part of the invasion force. But Kane is captured and just as he's about to be turned into a Strogg soldier he's saved by his teammates. Now the humans have an ultimate weapon of their own - a human Marine with Strogg capabilities. Fight alone, with your squad, or in hover tanks and mechanized walkers as you battle your way to the heart of the Strogg war machine.

● Built on id Tech 4 (the Doom 3 engine). ● Sequel to the Quake 2 storyline. ● Battle outdoors using tanks and walkers. ● Fight with the support of an elite squad. ● Compete online in fast action, arena-style multiplayer. 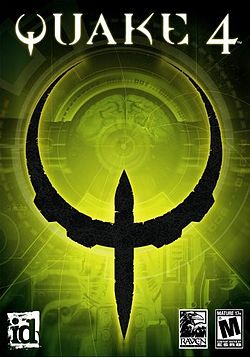