The story takes on right after the events of Killzone 2. The ISA forces launched an assault on Helghan, the homeworld of Helghast, and in the process eliminate Emperor Visari. The game continues from there, as the remaining troops that are situated in front of Visari palace are pulling back toward the rest of the fleet and leave the planet. Player once again assumes the role of Sergeant Tomas Sevchenko, accompanied with his comrade in arms, Sergeant Ricardo Velasquez. As the troops pull back under the command of Captain Jason Narville, they encounter a heavy Helghast resistance. In the process, Rico disobbeys a direct orders and splits off with Sev to try and save a group of soldiers pinned down by the heavy enemy fire. Six months after, the ISA fleet returned to Earth, what few troops didn't reach it were either imprisoned or in hiding. In the meantime, the Helghast senate voted Admiral Orlock for a new leader which prompted Chairman Jorhan Stahl to leave and decide to take matters into his own hands by developing new deadly weapon and ultimately try to wipe out the enemy home planet, Earth. Against all odds, Rico and Sev decide to rescue all the prisoners and stop the enemy fleet from reaching Earth.

Several improvements have been made over its prequel, and it can be seen in overall smoother and more balanced gameplay. As in previous game, you will commandeer various turrets and vehicles which will add to firepower but will leave you with rails-driven gameplay. One of the new weapons is a jet-pack which lets you jump and semi-fly with unlimited ammo as a part of new exoskeleton. The environment can sometimes be destroyed or used to your advantage, shooting barrels or certain plants will take out nearby enemy soldiers. Beside single-player campaign, Killzone 3 offers an upgraded version of Killzone 2's multiplayer. The game is also the first in the franchise to support 3D TVs. 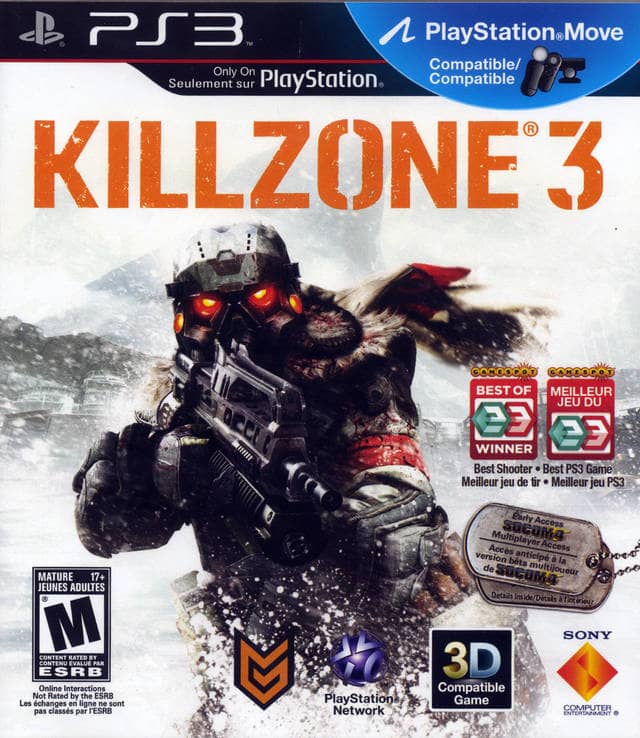