In the year 2013 almost all of humanity was wiped out as a result of a devastating war, and Earth's surface became a nuclear wasteland. The few survivors in Moscow retreated to the city's subway tunnels. But even underground, human society continued to develop in predictable ways. Factions were formed, and stations and entire lines were occupied by ideologically opposed groups of people. War continued on a much smaller scale, adding to the difficulty of living under nearly impossible conditions, fearing the dark subway tunnels which harbored terrifying creatures.

Artyom was born a few days before the apocalypse, but raised in the underground. Up until now he had never left the relative safety of the Exhibition, the northernmost station in the Moscow metro, where he lived together with his stepfather. However, everything changes when a soldier called Hunter arrives at the station, warning its inhabitants about a group of mysterious creatures known as the Dark Ones. When Artyom realizes that Hunter will never return from his mission, he decides to travel through the tunnels to the central Polis station and get help there.

Metro 2033 is a first-person shooter with survival horror elements, based on the Russian book of the same name by Dmitry Glukhovsky. Most of the game takes place underground, but several times Artyom will have to venture outside, into the perpetual nuclear winter. Game progression is fairly linear, though areas may be explored more thoroughly for items and ammunition. Setpieces include a few on-rails sequences, missions that involve defending a location from an onslaught of monsters, and others. A few stages can be completed in a stealthy fashion.

Mutants and hostile humans are the enemies of the game; Artyom can use a variety of weapons to deal with them, including AK-47, sniper rifle, automatic shotgun, and others. The player can only carry a sidearm and two primary weapons at the same time. Dynamite sticks and knives complete the set. All weapons come in different variations with scopes, silencer and other upgrades attached. While the upgrades cannot be bought individually, already upgraded weapons can be purchased at shops in the stations in exchange for the old weapon and powerful military-grade ammunition, the only currency in the game. If Artyom is hit, he slowly regenerates his health automatically; however, medikits are available to instantly heal him and increase the regeneration rate for a few seconds.

When traveling on the surface or through poisoned areas, Artyom needs to equip his gas mask in order to survive. The filter of the gas mask wears down as it is being used (indicated by Artyom's special watch and his heavier breathing) and can even be damaged in melee fights, straining the filter even more. Other tools available to Artyom are a pair of night vision goggles, a flashlight, a light-meter, a lighter, his journal with a compass, and a charging device. The latter is required to manually recharge the flashlight and the night vision goggles once their energy gets low. The light-meter, on the other hand, helps Artyom to determine if he is hidden in the shadows, helping him to avoid some dangers.

Other environmental hazards include seeking anomalies and strange, sometimes deadly visions. These visions play a role in the game's plot, and also serve as moral judgment of Artyom's behavior, along with his actions during certain situations involving hostile human organizations. Depending on these choices, the game will reach one of the two available endings. 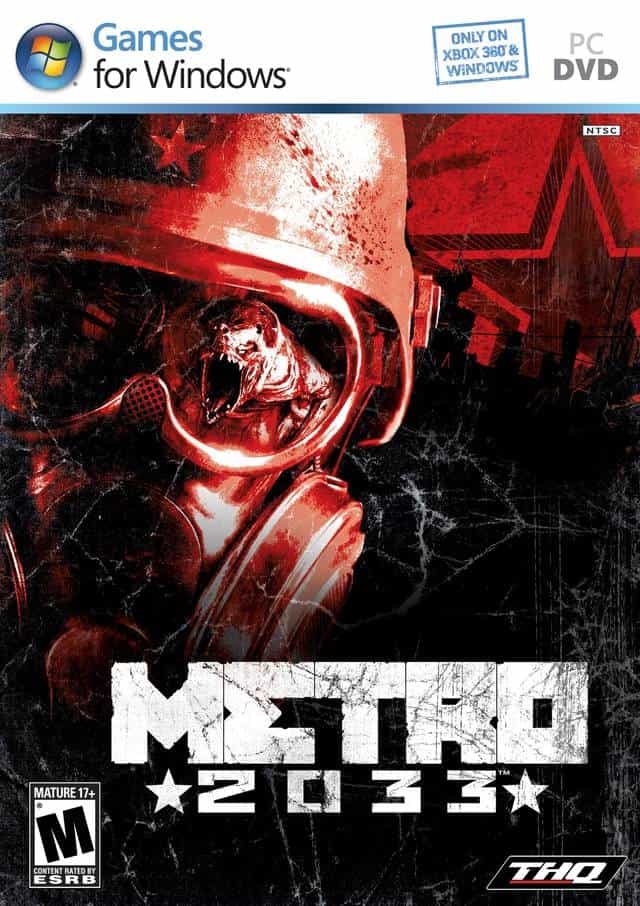