In The Last Remnant, the player controls the young hero Rush Sykes on a quest to rescue his kidnapped sister. While chasing after the mysterious kidnappers, Rush gains the aid of the Four Generals of Athlum: Emma the Mitra (a human), Torgal the Sovani (a four-armed feline), Blocter the Yama (a hulking fish creature), and Pagus the Qsiti (a humanoid frog), as well as their ruler, Marquis David whose soul is bound to the remnant (magical artifact) weapon Gae Bolg. What starts as a rescue mission, later unfolds a more sinister plot of greater powers.

The Last Remnant is an RPG in the Final Fantasy and SaGa series tradition. What sets The Last Remnant apart is its turn-based, large-scale battle system in which players control entire units of combatants. Units may be filled with the game's main characters, special mercenary leaders or generic soldiers. Battles consist of melees and the use of so-called 'arts' - weapon, item and magical proficiencies. Unit interaction plays an important tactical role in combat as they can block, assault, surround and support enemy and friendly units. Players can also take on a multitude of side quests issued by local guilds in addition to following the main storyline. 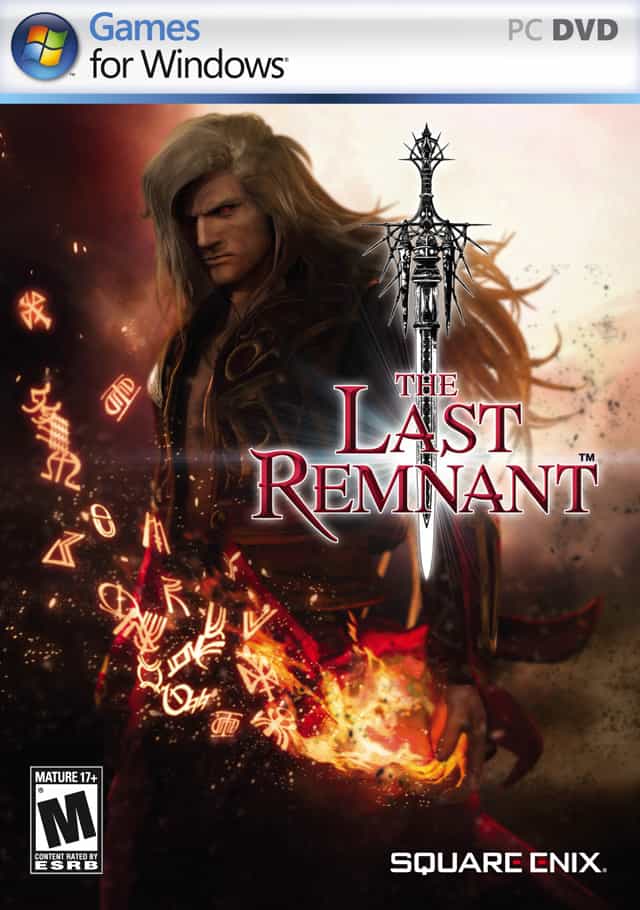