Crayon Physics Deluxe is the full game that was developed out of the Crayon Physics prototype. It is a puzzle game of crayons and physics. The goal for each of the 80 levels is to move a red ball so it hits one or more yellow stars. The mouse (or a tablet PC) is used to draw physical objects of different colours which can move the ball, block it or provide a bridge. The objects interact with each other as well as with the environment. The left mouse button is used to draw, and the right one to erase objects. When the ball falls off the screen, it reappears at its original relocation. It is also possible to reset an entire level. The game is played against a scrap paper background and all objects have a crayon art style.

The most important change is that the puzzles are now shown as areas on different islands. From the overview map, the player can travel to different locations and try levels. For each won level, the number of stars is added up. When an entire island has been completed, it is possible to travel between eight different islands to try a new set, provided that a sufficient amount of stars has been collected. Islands that require many stars also provide more difficult levels and player can choose to skip a level to solve it later.

Even though the basic concept has not been changed, the physics model has been vastly improved. More types of shapes can be drawn and there are pins to connect them, which opens up the possibility to draw objects that act like hammers that swing down to kick the ball. The mouse wheel is used to change the colour of the lines and there are much more levels with different themes and variations. A new function allows the player to nudge the ball a little to the left or the right, but it has a reloading instance so that it cannot be used constantly.

A level editor is included to design custom levels and these can be uploaded to a playground. When registered, it is possible to download and play custom levels designed by other users. 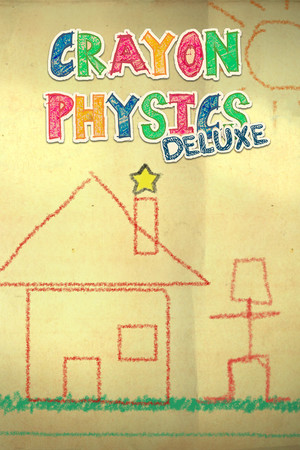