Dark Messiah of Might and Magic is a first-person action game with role-playing elements. The player controls Sareth, the apprentice of the wizard Phenrig, after he is sent to the city of Stonehelm to accompany an expedition trying to retrieve a powerful artifact known as "The Skull of Shadows". The game emphasizes environmental combat, by way of using scripted traps or terrain features. Actions include cutting ropes to release heavy objects, kicking enemies over a cliff or into a bed of spikes, and breaking support beams to collapse a structure and crush enemies underneath. Enemies are generally difficult to kill in straightforward combat, although characters developed for this purpose may have an easier time. Characters with high stealth can sneak up behind enemies and perform a lethal backstab maneuver, while players skilled with a bow can use it to snipe enemies from a distance. Magic spells can be used to damage the enemy, heal the player, or serve a number of utility purposes. 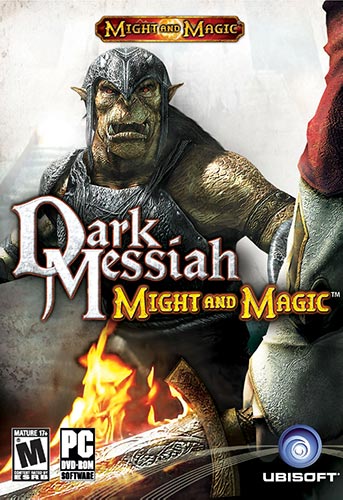