The game takes place in a fictional Hong Kong with players assuming control of Wei Shen, an officer of the San Francisco Police Department, who had been seconded to the Hong Kong Police Force. Wei has been assigned by the Organized Crime and Triad Bureau to go undercover and infiltrate the Triad society called Sun On Yee (a parody on Sun Yee On) and take them down.

The core gameplay of Sleeping Dogs consists of giving the player an open world environment in which to move around freely. Sleeping Dogs is played as an over-the-shoulder, third-person perspective action-adventure game with role-playing elements. The player controls Wei Shen, a Chinese-American police officer, as he goes undercover to infiltrate the Sun On Yee Triad organization. On foot, the player character has the ability to walk, run, jump, climb over obstacles and swim, as well as use weapons and martial arts in combat. Players also drive a variety of vehicles including cars, boats, and motorcycles. 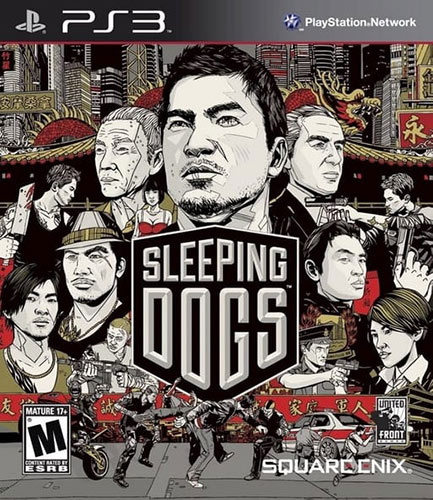