Gungnir, full title "Gungnir: Inferno of the Demon Lance and the War of Heroes" is a tactical role-playing game for the PlayStation Portable. It is Episode IX of the Dept. Heaven series.

Gungnir begins in the year 983 and takes place in the empire of Gargandia, a country populated by two races: the upper-class Daltania and the peasant Leonica. The Leonica race is regarded as "cursed" for yet unknown reasons, and is subjected to harsh class discrimination. Because of this and incidents such as the "Espada Massacre" that occurred over fifteen years ago, a group of Leonicans aided by Daltania sympathizers has formed a resistance army called Esperanza. Their resistance is, however, badly outmatched and struggling.

The gameplay flow of Gungnir is divided between event scenes, battles, and breaks between each stage in which the player may buy new equipment and change the equipment of party characters. The game display is isometric, with hand-drawn character sprites and environments rendered in 3D, and the official website describes the game as using the orthodox tactical RPG system as a base while employing a time system and an all-new mechanic known as the "Tactics Gauge". 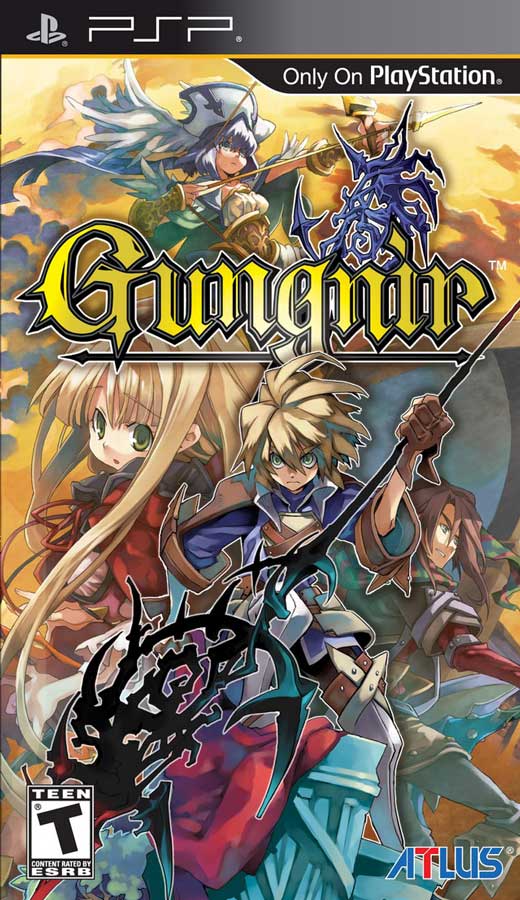