Action game based on the famous French comic book series by Les Edition Albert René/Goscinny-Uderzo. Players control both heroes at once, similar to Nintendo's Mario & Luigi roleplaying game -- but the game is completely action-focused. By utilizing the special powers of both Asterix and Obelix at once, players can execute elaborate combo moves between the two main heroes, using such functions as the twister fusion, earthquake, and atomic magic potion.

Features include huge battles inspired by the comics, with more than 70 Romans at once, spanning 40 different levels. Instead of going for a cel-shaded cartoon look, the game portrays Goscinny/Uderzo's world of 50 B.C. in a detailed 3D style, with plenty of humorous animations and special effects. 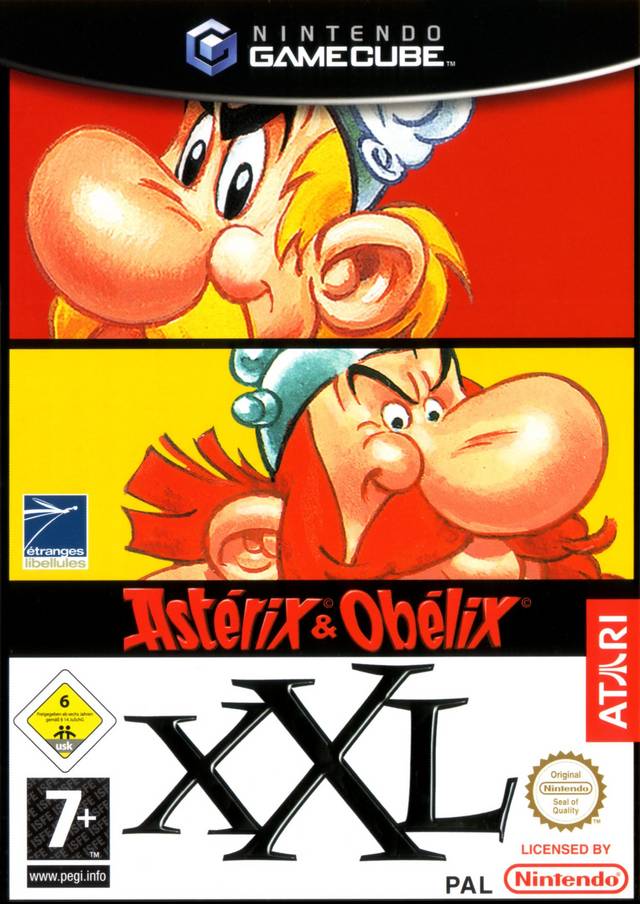