The Orange Box is a video game compilation for Microsoft Windows, Xbox 360, Mac OS X and PlayStation 3. The Windows and Xbox 360 versions were produced and published by Valve Corporation and released on October 10, 2007 as a boxed retail copy. A Windows-only download through Valve's Steam service was released the previous day.

The PlayStation 3 version was produced by Electronic Arts and released on December 11, 2007 in North America and in Europe. Valve has also released a soundtrack containing music from the games within the compilation.

The compilation contains five games, all powered by Valve's Source engine. Two of the games included, Half-Life 2 and its first stand-alone expansion, Episode One, had previously been released as separate products. Three new games were also included in the compilation: the second stand-alone expansion, Half-Life 2: Episode Two, the puzzle game Portal, and Team Fortress 2, the multiplayer game sequel to the Quake modification, Team Fortress. A separate product entitled The Black Box was planned, which would have included only the new games, but was canceled.

The Orange Box has received critical acclaim and Portal was recognized as a surprise favorite of the package. The PlayStation 3 version of The Orange Box has been noted for several technical shortcomings that were not present in the other versions, which were later fixed through various patches. 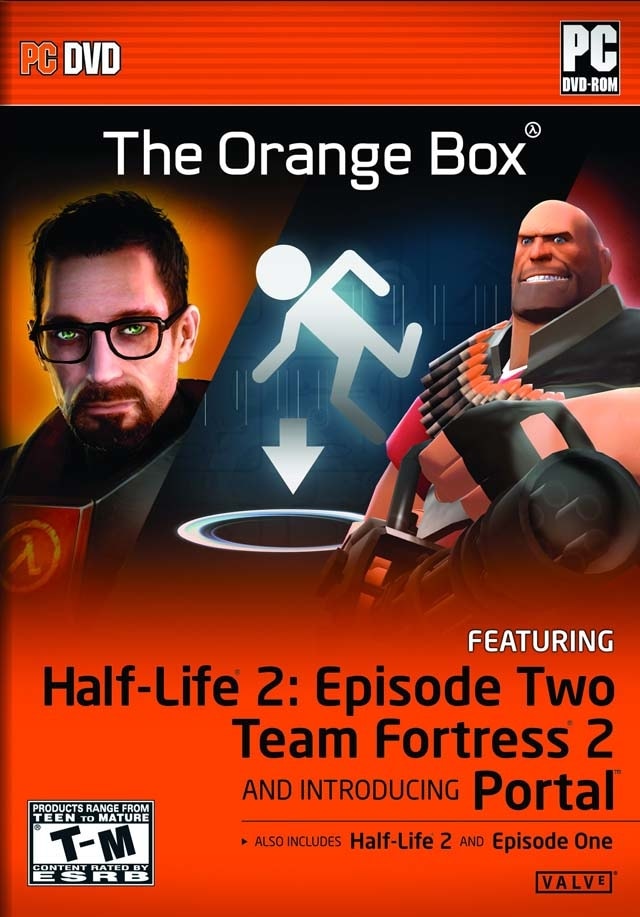