In Quadrilateral Cowboy, the player takes the role of a computer hacker in the 1980s, armed with a "top-of-the-line hacking deck outfitted with a 56.6k modem and a staggering 256k RAM". According to Brendon Chung, the sole developer behind Blendo Games, Quadrilateral Cowboy takes place in the same universe as his previous games, Gravity Bone and Thirty Flights of Loving, and shares the same "blocky" aesthetics.

The game is played from the first-person perspective. The player acts as the hacker overseeing one or more adept agents that have missions to infiltrate buildings and steal documents. Each agent has a different set of abilities; in addition to the player's hacker with their Deck, another character will have a saw to break through doors, while another will be able to climb and move quickly through levels. The player will experience what the agents would see through virtual reality goggles that relay what they see to the hacker character. When the agents encounter locked doors, cameras, and other security features, the player, as the hacker, will have to create a program – typing this as code on their physical keyboards – that manipulates the security features without setting off additional alarms to allow the agents to sneak by. An example shown in an early preview is using the code cam8.off(3) to disable "Camera 8" for 3 seconds; disabling the camera any longer would raise a security alert. As such, the player must create the program with appropriate timing to allow them to make it through the various obstacles without triggering additional alarms. Through the game, the player will gain access to other gadgets, like a rover to scout and collect objects; these too can be programmed by the player to aid in the heist. 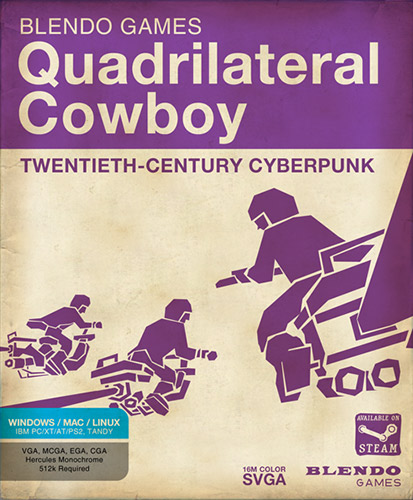