In Body Harvest, players assume the role of a genetically engineered soldier, Adam Drake, who must investigate and eliminate an alien attack force that has returned once every 25 years to "harvest" the human population of earth for their organic material. Being in possession of a time travel device, Drake must return to the past and do battle in five areas over a 100-year period that covers World War I-era Greece, Java in the 1940s, the United States in the 1960s, Siberia in the 1990s, and the near future (2016). The game is non-linear, as players can go anywhere and do anything within the limits of the game's boundaries. This sandbox style eventually set the ground for DMA's later Grand Theft Auto series. 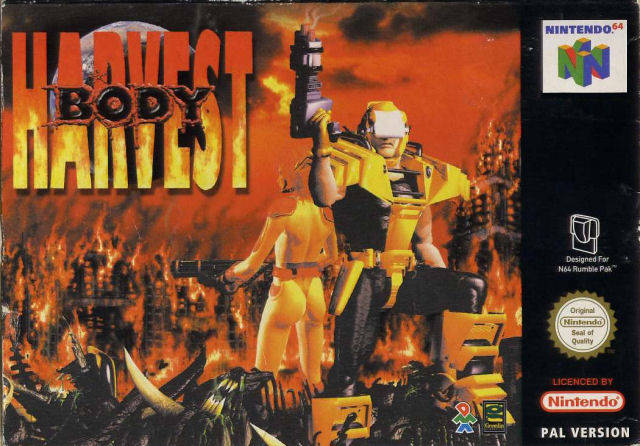