In the year 1286 , an evil sorcerer named Zarok plotted to take over the kingdom of Gallowmere with his undead army. It is told in legend that the King of Gallowmere's champion, Sir Daniel Fortesque, led his army to victory and managed to kill Zarok before succumbing to his mortal wounds. In reality however, Dan was in fact struck down by the first arrow fired in the battle, with the king choosing to cover it up and declare Dan the "Hero of Gallowmere". Zarok, meanwhile, was forced into hiding and was presumed dead. 100 years later, in 1386, Zarok reappears, casting a spell over Gallowmere to awaken his undead army and steal the souls of the living. However, in the process, he unwittingly revives the corpse of Dan, who has over time become a skeletal corpse, missing his jaw and the eye he lost in the battle of Gallowmere. Having been unable to ascend to the Hall of Heroes due to his failures in life, Dan uses this opportunity to defeat Zarok, save Gallowmere and earn his place as a true hero.

MediEvil is an adventure game in which players control Sir Daniel Fortesque, a skeletal knight brought back to life by the dark magic of an evil scorcerer named Zarok. The game takes place across a variety of levels, many of which require certain objectives to be performed in order to progress. Dan can use a variety of weapons, ranging from close range weapons such as swords and clubs to long range weapons such as crossbows. 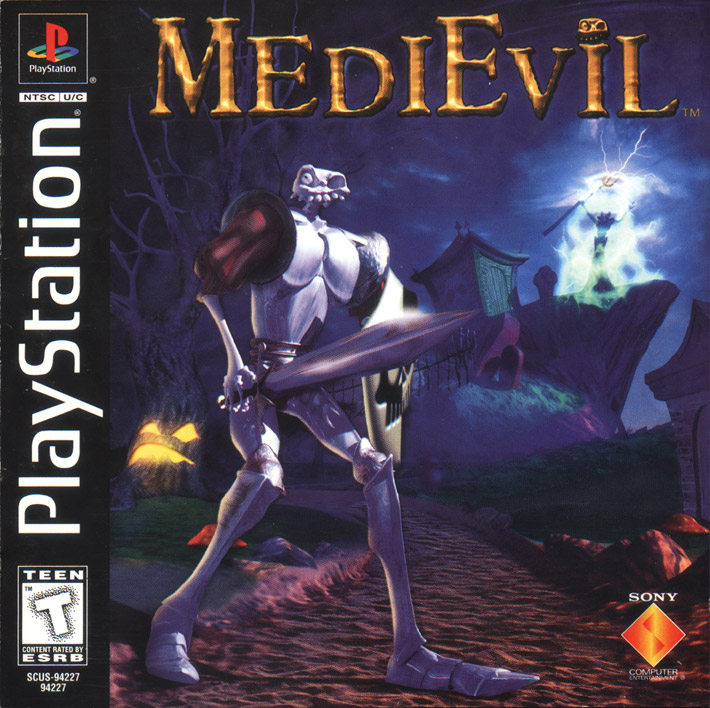