Ape Escape: On the Loose

There's trouble brewing at the zoo! An albino monkey called Specter got his paws on a Peak Point Helmet, making him super-intelligent! Now, he's gone back in time with an army of intelligent apes to rewrite history and make monkeys the dominant species! It's up to you to hop from era to era and round them all up!

Ape Escape: On the Loose is a remake of the PlayStation game Ape Escape. Our hero, Spike, has to travel through time, capturing monkeys using his time net. He'll also gain additional gadgets such as the Monkey Radar, Sky Flyer, Dash Hoop, and RC Car, which will help him reach some of the trickier primates.

While a key feature of the original game was innovative use of the dual Analog Sticks, the PSP has no such luxury. As a result, controls have been re-mapped to the face buttons. Jumping is performed by pressing X, while the other three buttons can be used to control the selected gadget, usually by holding or rapidly pressing the assigned button (depending on the gadget).

The game also features a variety of mini-games that can be played either solo, or via wireless multiplayer. These mini-games can be unlocked by collecting hidden "Specter Coins" which are scattered throughout the various levels. While two of the games, Snow Kidz Racing and Specter Boxing, are from the original game, there are two new games to unlock - Ape Ping Pong and Jake Attacks. 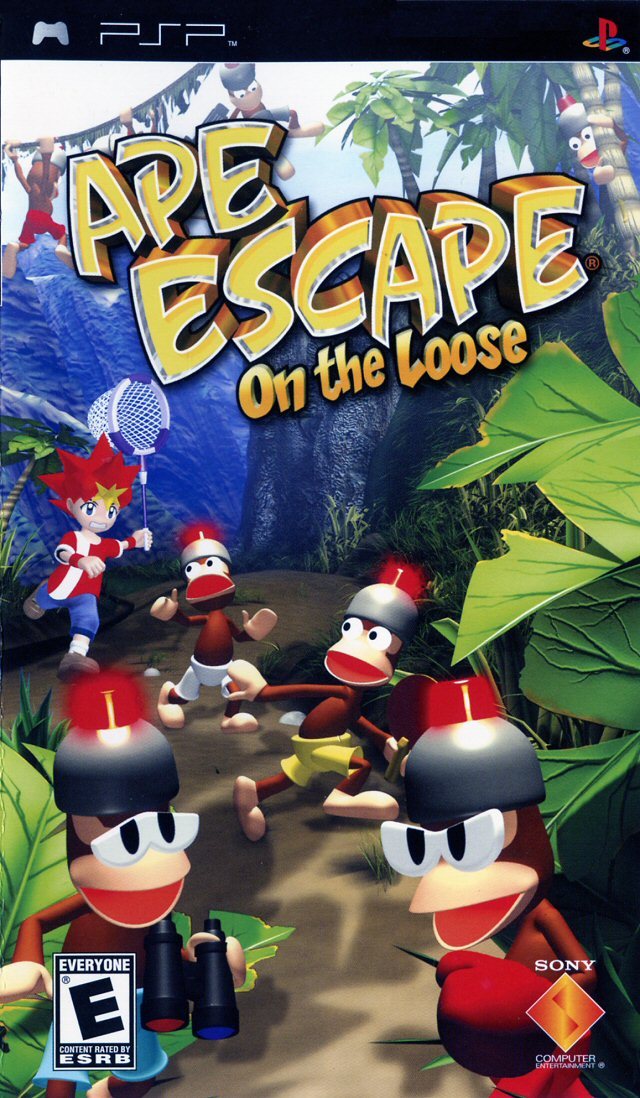