Atelier Totori: The Adventurer of Arland

Years after the events of the previous game, Atelier Rorona: The Alchemist of Arland, the poor kingdom of Arland has grown into a Republic. Due to the relatively weak Knights class, the citizenry helped explore and tame the land. Today, "Adventurer" is now a respected profession. A young girl named Totooria Helmold (known as Totori to her friends) leaves her small fishing village to explore Arland and find her missing mother, a once-famous Adventurer she has never known.

The twelfth game in the series, Atelier Totori: The Adventurer of Arland once again emphasizes item crafting and turn-based combat. Primary locations are navigated in third-person perspective in a three-dimensional world. A world map is available which represents these locations as nodes with discrete paths joining them. Initially, very few nodes are available. Combat occurs either randomly when moving between nodes on the world map, or is initiated when the player runs into on-screen enemies while exploring locations. Enemies and players face off on opposed square grids whose locations are used to determine line-of-sight and attack area-of-effect. Besides party formation, no movement takes place on the grid. Up to two other party members may be present in the front row, but Totori always remains in the rear row and is the only character who can use items and synthesize new ones. These front two positions are filled by various characters as the story unfolds, or are explicitly hired by the player for their abilities. 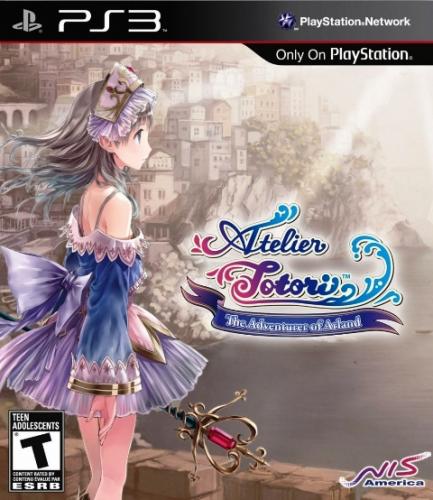