Star Wars: The Force Unleashed for the PSP is largely based off the PS2/Wii versions, but includes separate Force Unleashed mode and different multiplayer modes. In the Force Unleashed mode, the player can defeat stand-alone challenges, including force duels (defeat one or more force users), Order 66 (defeat many non-force users), and Historic Mission (play through a scene from a Star Wars movie). Three multiplayer modes are included: Force Frenzy (deathmatch), Rule the Galaxy (King of the Hill), and Force Out (toss your opponents outside the field). All three modes are for two to four players. 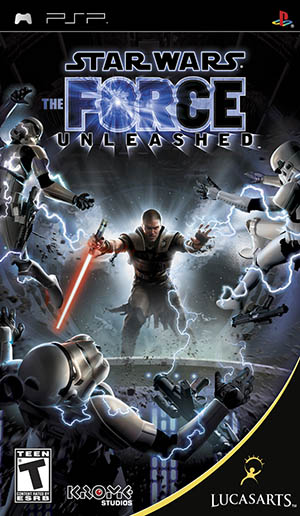