Alan Wake is an intense cinematic action game with strong survival horror elements, told in successive episodes. The player controls the actions of the eponymous Alan Wake, a popular detective writer who tries to escape the pressure of creative expectations in a fictional town called Bright Falls. Pretty soon however, Alan's wife disappears and he will be facing weird happenings forcing him to pick up a weapon and a flashlight. While Alan tries to uncover the mystery he just got pulled into, the story is told in six episodes, each ending with a title screen and starting with a recap of the recent happenings - just like a TV episode.

The key element in the game is light. During the game's daylight passages Alan explores and discovers Bright Falls with its town life and woods, including an in-game radio station and different TV channels. The game's dramatic and action-oriented elements start at nightfall. People and animals in the game turn into most harmful beings at night. They are engulfed by a darkness that transforms them. Called Taken, they are extremely vulnerable when exposed to light and that is how to fight them. Alan's main tools for survival are a gun and a flashlight. Throughout the game both tools vary and Alan will find better weapons and stronger flashlights. Flashlights require batteries and these can be drained, especially when he focuses the light into a stronger beam to remove the dark influence surrounding people and creatures quicker. Enemies can only be shot after the veil of darkness surrounding them has been removed with light.

In-game Alan is controlled from a third-person perspective and although he carries a gun the game does not use cross-hairs. The main focus in combat is the use of light and therefore Alan points at enemies with his flashlight while the game provides aim assistance at the very target. He can pick up additional ammo and batteries and there are also a few puzzle elements where he needs to interact with the environment to restore electricity for instance. Healing is done automatically by not taking damage for a while and there are also locations with lots of light where the creatures cannot enter, called safe havens. There health is restored even more quickly. Many of the story elements are told in different, scattered pieces from a general timeline. The player will for instance return to an apartment prior to the departure to learn more about his wife's phobia of the dark. Much of the time is spent exploring and there are also a few driving sequences. Other parts of the story are gathered through pages of a book's manuscript Alan has yet to write. These are stored and often provide more information about past and upcoming events. There are also many cinematic, scripted events and conversations with the town people. Similar camera angles are provided when shooting or dodging, with slowed-down time for cinematic effect. 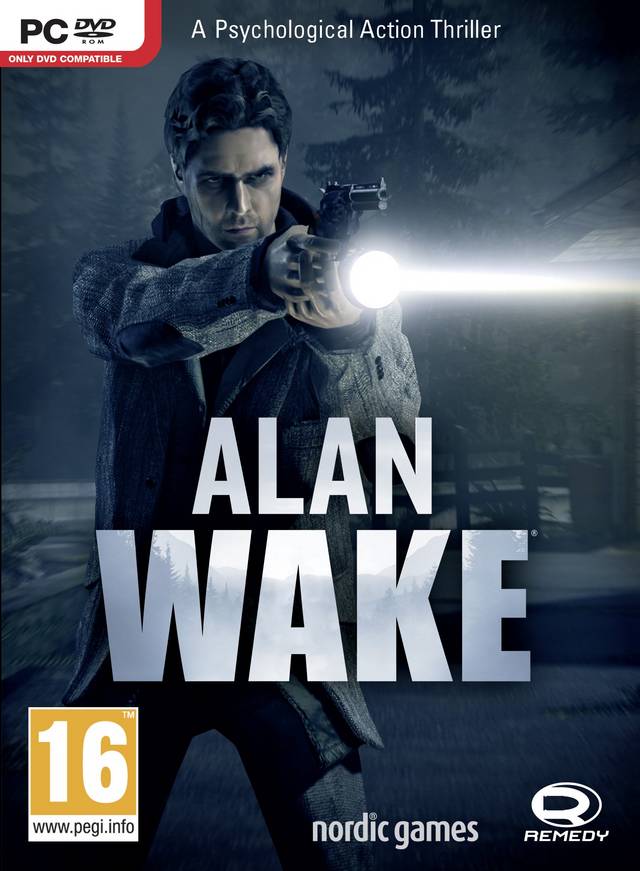