Grand Theft Auto: San Andreas is a 2004 open world action-adventure video game developed by games developer Rockstar North in the United Kingdom and published by Rockstar Games. It is the third 3D game in the Grand Theft Auto video game franchise, the fifth original console release and eighth game overall. Originally released for the PlayStation 2 in October 2004, the game has since been released for the Xbox and Microsoft Windows (PC) in June 2005, and has received wide acclaim and high sales figures on all three platforms. It is the best-selling game of all time on PlayStation 2. It was made available on Steam on January 4, 2008, and on Intel-based Macs running a minimum of Mac OS X 10.6.6 in September 2011. Grand Theft Auto: San Andreas was succeeded by Grand Theft Auto: Liberty City Stories and was preceded by Grand Theft Auto: Vice City.

The game is set in the semi-fictional state of San Andreas, which contains three metropolitan cities: Los Santos, based on Los Angeles, San Fierro, based on San Francisco and Las Venturas, based on Las Vegas. Set in 1992, San Andreas revolves around the gang member Carl "CJ" Johnson returning home from Liberty City to Los Santos, San Andreas, after learning of his mother's murder. CJ finds his old friends and family in disarray. Over the course of the game, CJ gradually unravels the plot behind his mother's murder.

The high-level plot strongly resembles the LAPD Rampart scandal and the game even culminates with a spoof of the 1992 Los Angeles riots. 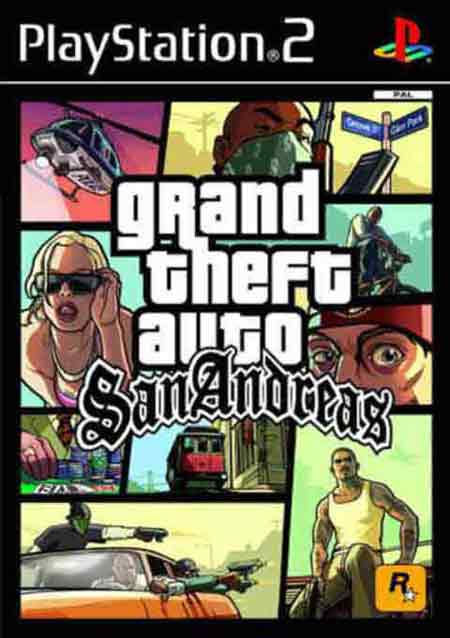