Crazy Taxi is a open world racing video game developed by Hitmaker (Sega AM3) and published by Sega.

The main objective of the game is to pick up customers and take them to their chosen destination as quickly as possible. Along the way, money can be earned by performing stunts such as near misses with other vehicles. The player is directed to a destination by a large green arrow at the top of the screen. The arrow does not adjust based on obstacles, but rather points in the general direction of the destination. Once the player arrives near the destination, they must stop within a specified zone. When the destination is reached, that customer's fare is added to the player's total money earned. Ratings are then awarded depending on how long the player took to complete the journey. If the customer's timer runs out before the player reaches the destination the customer jumps from the taxi. 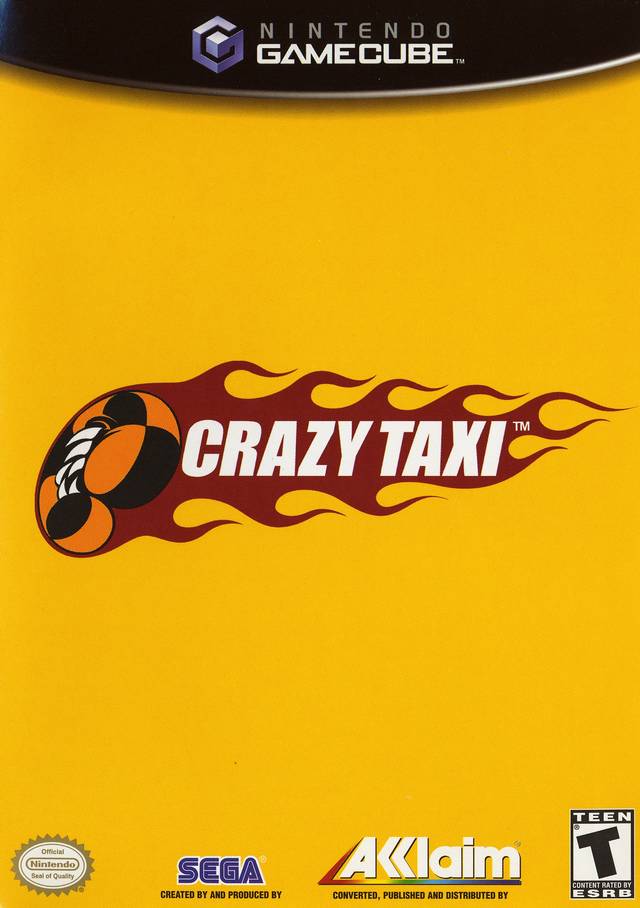