Tecmo announced at E3 2005 that Team Ninja was working on Ninja Gaiden Black, and later exhibited a working version of the game at the 2005 Tokyo Game Show. Black is a reworked compilation of the original Ninja Gaiden and the two Hurricane Packs. The game features new foes, such as exploding bats and doppelgänger fiends who can imitate Ryu. It contains more costumes than the original, and swaps Ninja Gaiden's unlockable NES games for an arcade version.

One key feature of the remake is its two new difficulty settings—the easy 'Ninja Dog', and the very hard 'Master Ninja'. Itagaki added Ninja Dog after receiving complaints of Ninja Gaiden being too hard in its default incarnation, although he believed that, with persistence, any player was capable of completing the game. Hence he ensured that those players selecting Ninja Dog would be subjected to gentle mockery by the game—players on this difficulty setting receive colored ribbons as accessories, and Ayane treats Ryu as an inferior. In compensation, Itagaki made the other difficulty settings harder than in Ninja Gaiden. Ryu's adversaries were strengthened and made more aggressive, and some of his offensive moves, such as the Flying Swallow, were toned down.

While most of the improvements made in the Hurricane Packs carried forward through this game, including the camera system tweaks and new boss battles, one significant feature did not. The Intercept maneuver, introduced in Hurricane Pack 1, was not included in Black, as Itagaki felt it rendered the game too easy when mastered. This was a significant exclusion, as it now meant certain enemies, like Berzerkers, intended to be fought with the Intercept as part of the players' repertoire, were now to be fought without. This served to further increase the difficulty of certain encounters, adding to the increased challenge seen in Black.

Another feature of Black is its Mission Mode, which comprises 50 combat missions, one of which is adapted from the custom game designed for the Ninja Gaiden Master Tournament World Championship final. The last five missions are based on those in Hurricane Pack 2, but with the Black game engine, and form a linked series known as "Eternal Legend". 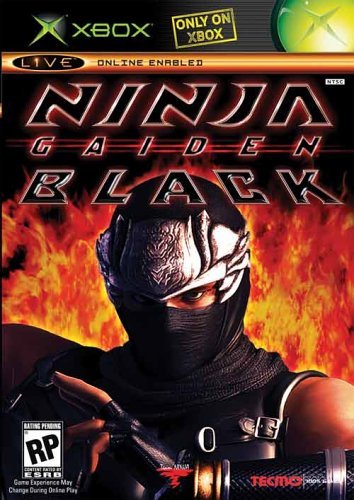