Crazy Taxi: Fare Wars combines both Crazy Taxi and Crazy Taxi 2 with new features that allow players to interact with their opponents in brand new ways unseen on other systems. Giving players the ability to play wirelessly with other PSP systems nearby through Ad-Hoc or game sharing. Players can ram their opponent's cab to steal their fare or use the new interference feature to make them crash or slow down their fare delivery time.

Crazy Taxi: Fare Wars gives users the ability to record about 80 seconds of gameplay footage and then transfer it to a computer for media uses. Another feature unseen in previous Crazy Taxi games is the ability to play any MP3 files stores on a memory stick, in the game. Almost all of the sound effects have been re-recorded and are completely different than older versions of Crazy Taxi. 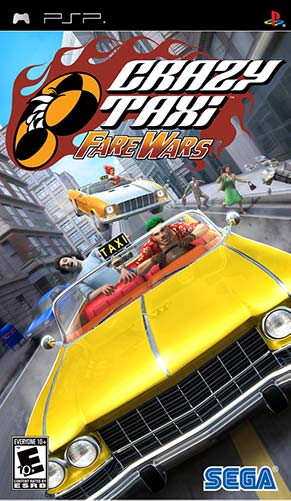