The game's story follows an ex-U.S. Special Forces operative Jack Carver, who is stranded on a mysterious archipelago. He is searching for a female journalist he was escorting after she went missing when their boat was destroyed by mercenaries. The game includes thematic elements relating to the dangers of weaponizing genetic engineering and the genocide of local islanders as can be seen by the deformed creatures created by a mad scientist named Krieger.

The tropical rain forest provides cover and concealment, of which the player and enemies can take advantage. Enemies react dynamically to the player's tactics and actions. If a lone mercenary spots a player, he occasionally runs for help, signaling reinforcements through use of flareguns. Enemies will work together to outmaneuver, outflank, surround, and provide suppressive fire, providing them a tactical advantage over the player, who, in turn, is able to spot and mark enemies on his minimap through use of special binoculars, which also grant the player the ability to listen to enemy conversations from afar, merely by pointing the binoculars in the direction of the enemies. 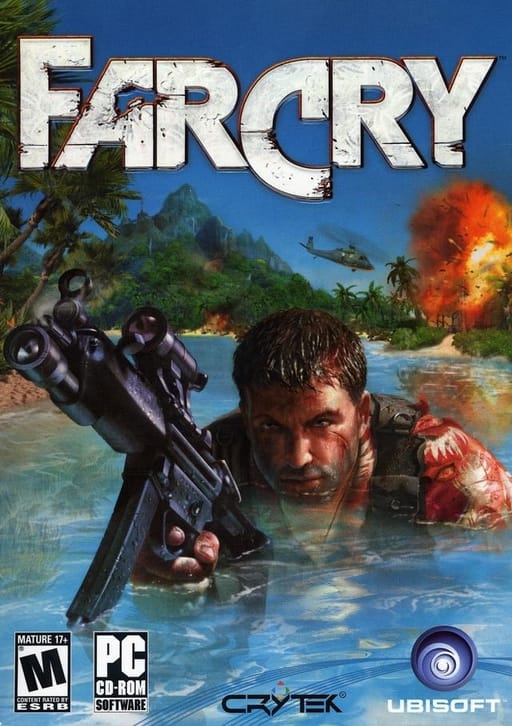