Metal Gear Solid 2: Substance is a multi-platform updated version of the original MGS2 first released for the Xbox, then followed by PlayStation 2 and PC. The game contains the main Sons of Liberty game with some subtle alterations, as well as the inclusion of Boss Survival and Casting Theater modes from the Japanese and PAL versions of the original game. The idea for Substance follows from Metal Gear Solid: Integral and was continued with Metal Gear Solid 3: Subsistence.

The main addition of Substance is the inclusion of an extra missions mode with 300 virtual reality training missions set in a computer-constructed environment and 200 "Alternative Missions" set in areas taken from the main game. The player can choose to play these missions as Solid Snake or Raiden, with alternate outfits for both characters becoming available as the player progresses..

In addition to the missions mode, there is also a set of "Snake Tales", which are five story-based missions featuring Solid Snake as the main character. This includes missions set in the Big Shell area from the Plant chapter, featuring characters such as Fatman, Emma, Vamp and Solidus Snake, as well as an alternate version of the Tanker chapter, which replaces Olga Gurlukovich with Meryl Silverburgh (from Metal Gear Solid) as the boss. These missions, which are not canonical in respect to the main storyline, have no voice acting but are instead narrated via on-screen text. They are side stories created by directors of Kojima Productions such as Shuyo Murata and Shinta Nojiri. 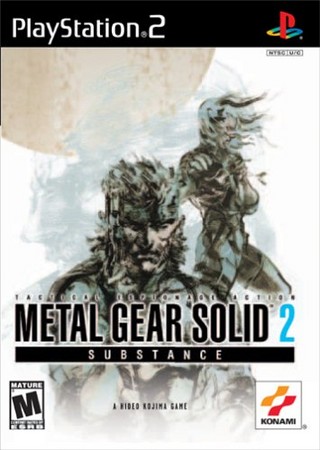