The first handheld Sakura Taisen game, released between the second and the third main ones, takes place in the original setting: the imperial capital in Japan of 1920s. It is the Taishou era, time of rapid technological development and acquaintance with Western lifestyle in Japan. Disguised as a group of actresses in the imperial theater, the Hanagumi Brigade consists of lovely ladies who are at the same time skilled fighters, able to pilot mechs, and to confront the forces of evil that threaten Japan. A new commander of Hanagumi arrives at the theater to work under the guidance of Ichiro Ogami, the main hero of the series. He leads the beautiful girls Sakura, Sumire, Honglan, and others into battle against demons.

As in most other games in the series, Sakura Taisen GB is a mixture of Japanese-style adventure with dating mechanics and tactical turn-based battles. The light RPG angle is also present, as the girls fight differently depending on how the protagonist treats them. Unlike other Sakura Taisen games, the battles here are entirely menu-driven. Also, the main plot is non-linear, and it is possible to reach fourteen different endings, which also include bad ones. The hero may even get thrown out of the theater for indecent behavior. 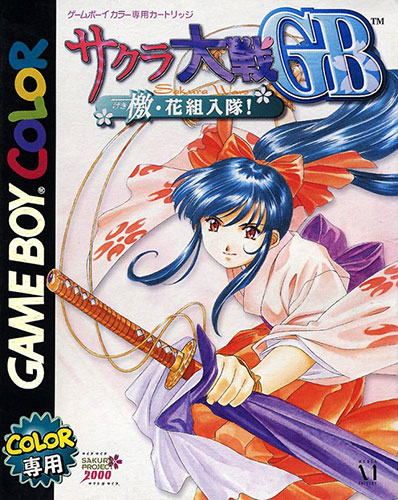