Sakura Taisen GB2 is notable for being the only game to be published by Sega for the Nintendo Game Boy Color (its prequel and Columns GB were handled by Media Factory). 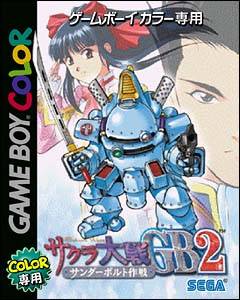