Final Fantasy Brave Exvius is a 2D JRPG set in the Final Fantasy universe. Players explore dungeons and towns, with most of the focus on the turn-based battles along with customizing and upgrading the characters. The game starts when the characters Rain and Lasswell, knights of Grandshelt, travel on their airship and encounter a crystal floating in the sky with a girl inside. She urges them to go to the Earth Shrine where they are immediately defeated by a might opponent. The girl brings them back and provides them with the power of visions, used to summon heroes of past ages and distant worlds, so they can go after their new enemy.

From a map many locations are unlocked gradually. They contain towns that can be explored freely to talk to characters, visit shops to buy and sell items, and complete quests. Most of the other locations are dungeons which are mostly a series of turn-based battles until a boss has been defeated or an objective has been met. On the Farplane a Dimension Vortex can be accessed to access special, often temporary quests and events. The player manages a party of characters, with a maximum of six, each with different actions and abilities. The top half of the screen shows the battle from a side view while the bottom half holds all the actions. The player needs to tap the units' icons and then choose an action, targeting one of the enemies. The icon can also be swiped in one of four directions to choose between attack, item, abilities and guard.

There are regular attacks that fill up a limit meter for a special attack, there is a magic and using the visions help can be summoned. By performing multiple attacks quickly in succession, chain attacks are executed with more damage. Spark chains combine multiple attacks and element chains focus on a single element. The player is also rewarded for exploiting elemental weaknesses and many of the actions also have defensive effects such as healing. Often it is possible to bring a friend's or a random player's character into the fight for additional help. At the bottom of the screen there are buttons for auto battles or repeating a specific sequence of actions automatically.

Winning battles is rewarded with experience to level up, progress in a rank system, and new abilities and items. There is an extensive amount of character customization through equipment (weapons, helmet, armor, two accessories), traits, magic and special attacks. Characters have a unique limit burst that can be leveled, various types of resistance for elements and status, and the main statistics are defined through health points attack, magic, mana, defense and strength. Next to Gil as the basic currency, Lapis crystals are the premium currency, also available through in-app purchases.

Items can be crafted based on a recipe, materials and gil in the Forge section. These take some time to complete and the waiting can be skipped by spending Lapis. There is also a stamina/energy system, forcing the player to go through short sessions or spend currencies to keep playing. Lapis is also used to unlock additional dungeons in the Dimension Vortex, as usually only one per day can be played. Units can be sold or awakened, and they can also be enhanced significantly through a fusing systems where characters are absorbed. Finally, there is a system to Synthesize as well. 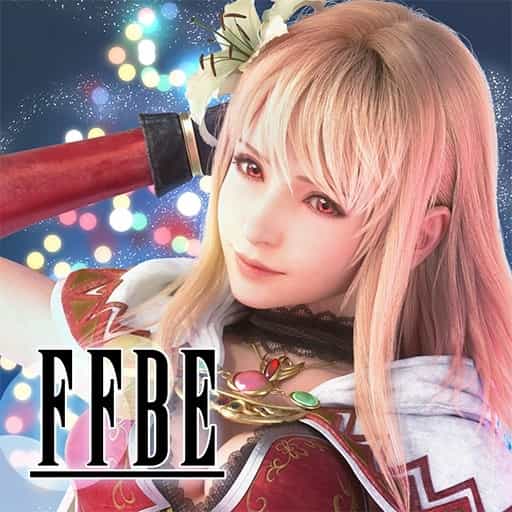