Bloody Roar: Primal Fury, also known as Bloody Roar: Extreme on the Xbox and the Japanese GameCube version, is a fighting video game developed by Eighting. It is an updated version of the PlayStation 2 game, Bloody Roar 3.

Wage an all-out assault as one of 16 fighters, each with the ability to transform mid-fight into their alternate Hpyer-beast life-form. Fight to the finish in 2-player head-to-head and single-player modes through 10 interactive and destructible mutli-level arenas. With fast and furious arena action-fighting has never looked this good or been this brutual. 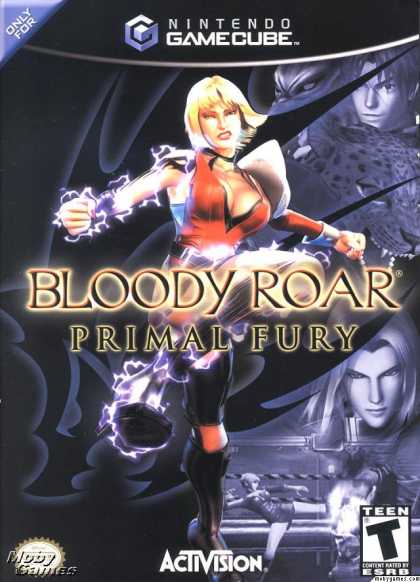