Half-Life 2, the sequel to Half-Life, is a first-person shooter video game and a signature title in the Half-Life series. It is singleplayer, story-driven, science fiction, and linear. Developed by Valve Corporation, it was initially released on November 16, 2004, following a protracted five-year, $40 million development cycle, during which a substantial part of the project was leaked and distributed on the internet.

The game was developed alongside Source and Steam. It introduced the game engine and, because of Steam, is the first video game to require online product activation.

Like its predecessor, Half Life 2 was met with near-unanimous critical acclaim. It was praised for its advanced physics, animation, sound, AI, graphics, and narrative. The game won 39 "Game of the Year" awards, and several publications have named it "Game of the Decade". Over 6.5 million copies of Half-Life 2 were sold at retail by December 3, 2008, making it a best selling PC game. This figure does not include the significant number of sales through Steam. 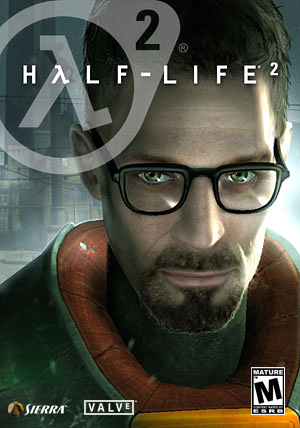