Following in the freeform footsteps of the original console release, Mirror's Edge on iPhone and iPad replaces the 1st person action title with a side scrolling action style, but retains the same substance of its big brother in the process.

Faith continues her escapades as before, running and jumping across rooftops, climbing over and sliding under obstacles in her wake while disarming any soldiers that attempt to take her (or more importantly, you) out. Most of the levels are similar platform fair as a Mario Bros. game in the traditional sense, while all the controls are touch based. Sliding your finger quickly upwards along the screen to make Faith jump, or the other way for her to 'baseball' slide under pipes. All her other attack based moves are controlled with various swipes, including free form combat using a modified version of the original games' 'Reaction Time' (i.e. bullet time). Objects you can run across or interact with maintain their bright red tone as you get closer to them.

Two multiplayer modes are included within the iPad edition. Race is as it suggests, sprinting from one side of the map to the next, while Rival pits players against each other to find hidden packages in specifically designed stages. Speed runs are also available for each level you complete within the story mode. 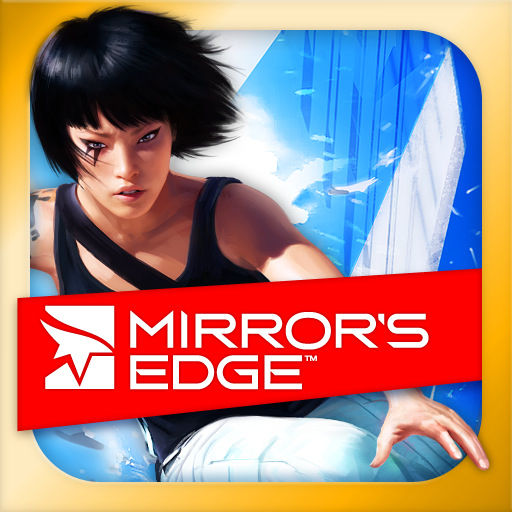