WarioWare: Touched!, known as Sawaru Made in Wario in Japan. The beta name of the game was WarioWare, Inc. DS. It is a Nintendo DS game, and the fourth game in the WarioWare series. The game itself is made up of many microgames - tiny minigames with a simple idea. WarioWare: Touched! microgames are based on touching the touch screen with the stylus. There are several characters in the game, and each one has his or her own style of microgames. In addition, the game includes many "mix characters" - characters whose games are taken from normal characters. Besides the microgames, the game also includes special "toys" won by achieving certain tasks (like scoring a certain amount of points in a specific game. The player can play with these toys using the touch screen, but they do not affect general gameplay. 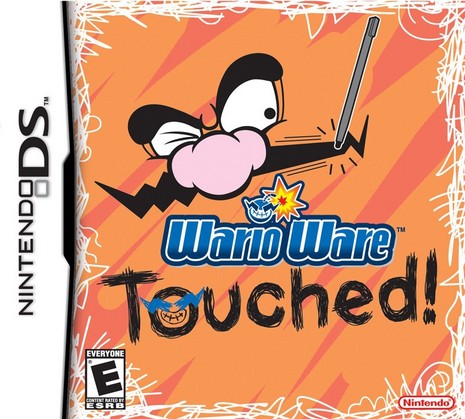