Star Wars: Bounty Hunter (released in Japan as Star Wars: Jango Fett) is a Star Wars video game developed and published by LucasArts for the GameCube and Sony PlayStation 2, released in 2002. The game was re-released on the PlayStation Store on April 28, 2015. In the game, players play as the bounty hunter Jango Fett, featured in the 2002 film Star Wars: Episode II – Attack of the Clones, to which this game serves as a prequel. Both Temuera Morrison and Leeanna Walsman reprise their roles from the film as Jango Fett and Zam Wesell, respectively.

The main objective of Star Wars: Bounty Hunter is to hunt Dark Jedi Komari Vosa. During the game, it is revealed why Jango Fett was chosen as the template for the Grand Army of the Republic, how Boba Fett, his cloned "son" was born, and how Jango acquired Slave I. Players also fight many "bosses", such as Montross and Longo "Two-Guns". There are also side objectives, such as collecting secondary bounties, that open special bonus items in the game. When the player beats a chapter, blooper reels - comedic machinima productions - are unlocked.

Composer Jeremy Soule wrote music for the game, including both cut scenes and gameplay. The characters Jango Fett and Komari Vosa have their own leitmotifs. 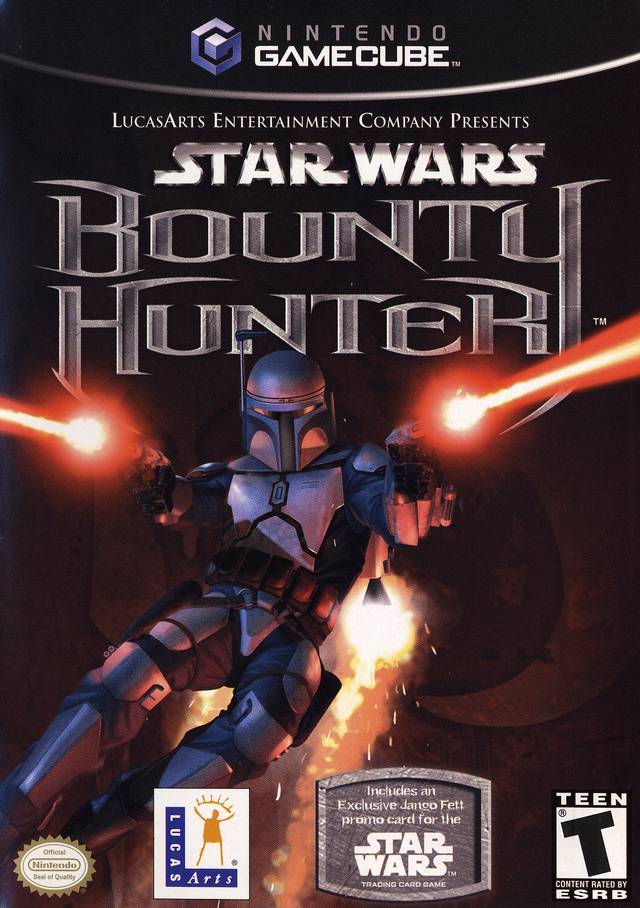