Yooka the chameleon and Laylee the bat join together in this platforming adventure from some of the same game design minds as the classic Banjo Kazooie.

Using an arsenal of special moves like Yooka’s tongue grapple and Laylee’s tactical sonar blast, players will explore – and expand – gorgeous 3D worlds drawn up by esteemed environment artist Steven Hurst (Banjo-Kazooie series, Viva Pinata) and discover the plethora of delicious collectibles hidden within. The characters will be able to transform into various forms, granting them more abilities. In addition, Yooka and Laylee will be able to find and equip "Play Tonics", which modify players' abilities. A boss battle and at least one secret arcade game will be featured in every level, and there will be a "quiz show challenge" featured before the final boss.

The game will feature a local co-op multiplayer mode for two players. There will also be a 2-4 player adversarial local multiplayer mode with eight different minigames. Yooka-Laylee was fully funded on Kickstarter in June 2015, raising an incredible $3.2 million. 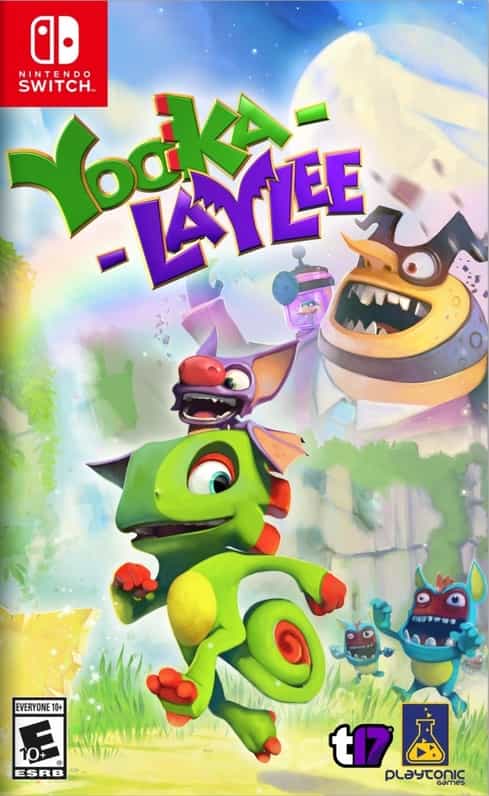