Black Ops II is the ninth main title in the Call of Duty first-person shooter franchise and the sequel to Call of Duty: Black Ops. It is set primarily in the near future of 2025 with one third of the game also taking place in the late 1980s. The timelines and story are connected through the playable characters of Alex Mason and Frank Woods in the past, and David Mason — the son of Alex Mason — in the future timeline. The future missions also feature an aged Woods giving exposition for the 1980s backdrop and share the same villain, Raul Menendez, who's decades long vendetta is the primary focus of the single player campaign. The plot centers on a new cold war between China and The United States over REE (Rare Earth Elements) and its manipulation by Menendez. It has an emphasis on unmanned drones and other robotic technology — a first for the series. Another first for the series is the ability to customize multiplayer-style loadouts before each mission as well as a far less linear campaign. The player can now make choices throughout the storyline that can affect small aspects such as the appearance of NPCs all the way to major decisions that can change the ending entirely. There are new sandbox-style missions dubbed Strike Force. Playing similar to a real-time strategy game, these missions give the player the opportunity to command troops and drones from an overhead view but with the option to zoom into any one of the units, at which point the gameplay switches to standard first-person shooter controls and gameplay. Strike Force is implemented within the campaign and has repercussions on the storyline depending on how the player performs.

Multiplayer comes with familiar game modes (Deathmatch, Domination, Kill Confirmed, etc) and ranking. The loadout system has however been changed to a new ten-point system that is unlike any prior title in the series. Players are given 10 points to use on weapons, attachments, and perks, each costing 1 point. The game also introduces wildcards, players can choose up to 3, which allows players to break the rules of create-a-class by either, having three attachments on their primary weapon, two perks of the first tier, or more lethal grenades, but more points are used. The playercard, stats tracking and emblem creation from Black Ops return as well as theater mode and combat training (which is now integrated into multiplayer as a playlist). Dedicated servers return to the PC version albeit with restrictions. Players cannot host servers themselves; rather Activision hosts them and they must still be joined through the now standard matchmaking system. Killstreaks have been renamed scorestreaks as points now factor in as well as kills — encouraging less camping and more playing of the objective. New scorestreaks include lightning strikes (similar to napalm strikes and mortar strikes of the past), unmanned dragonfire drones which hunt down and kill enemy players, among others. Returning strikes include dogs, RC-XD exploding cars, and franchise standards such as the UAV and care packages.

The Call of Duty: Elite service is now free and new league matches have been introduced. Similar to games like StarCraft II, league matches put a player into a division (Bronze, Silver, etc) after which they play on a competitive ladder with other players of similar skill. League games have comprehensive stat tracking and leaderboards available to all players through the Elite service.

The Wii U version offer split-screen multiplayer with one player using the TV and another using the built-in display of the GamePad. In regular games the GamePad is used to customize the game to set up the loadouts and select the scorestreaks. 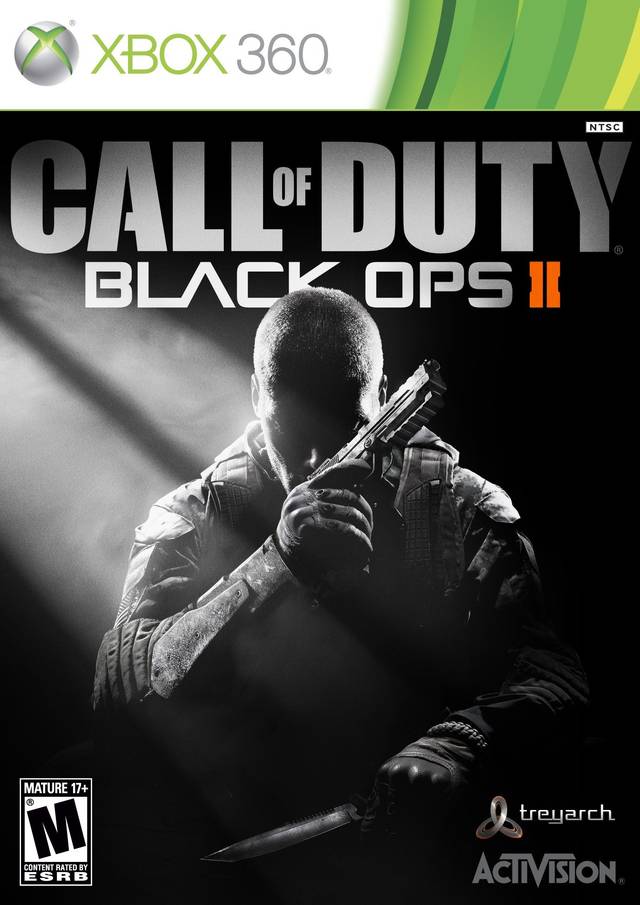