Mario and friends once again take to the pitch in this second entry in the soccer series. Players form an original team by combining one of 12 captains with three of eight sidekicks before competing in one of the game's many modes.

Anything goes in Mario Strikers Charged, as players are allowed to use a variety of special abilities to clinch important goals. Each captain has his or her own set of skills and super abilities, as well as the ability to perform special shots called Mega Strikes, where the iron ball splits into five balls and flies at the goal. The defending player must use the Wii Remote to target and aim at and shoot these balls out of the air before conceding a goal. Each of the stadiums in Mario Strikers Charged has various characteristics and contraptions, which influence game play. Players must learn to use this to their advantage to truly dominate the pitch. 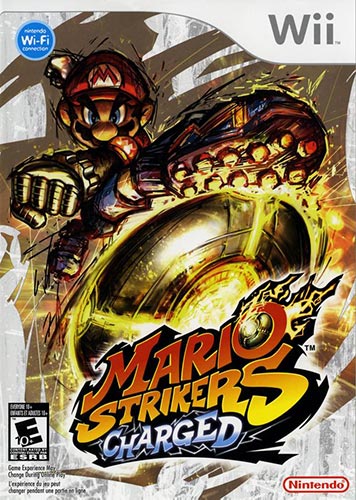