Donkey Kong and his pals have gotten their mitts on some high-powered Barrel Jets – incredible engines that boost when struck by a pilot. By using their Wiimote, players can make their character swoop up, bank side to side and launch attacks on rivals. Players challenge the Kremlings or up to three pals on five worlds, each boasting 3-D aerial maps filled with countless obstacles and powerful items. With four people beating the bongos as they battle for the skies, this game is more party than race. 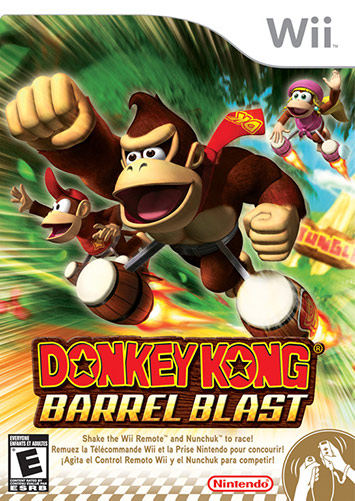