The sequel to Ys I: Ancient Ys Vanished, it takes place immediately following the end of the first game. It was released along with its predecessor as part of the enhanced compilation, Ys I & II, for the TurboGrafx-CD in 1989. It was later adapted into the anime Ys II: Castle in the Heavens (1992).

Ys II picks up immediately where Ys I left off. Adol Christin is transported to the floating island of Ys, where he meets a young woman named Lilia. She takes Adol to her home, Lance Village. It is here that he will begin his quest to unravel the secrets of Ys, and finally, rid it and Esteria of evil. 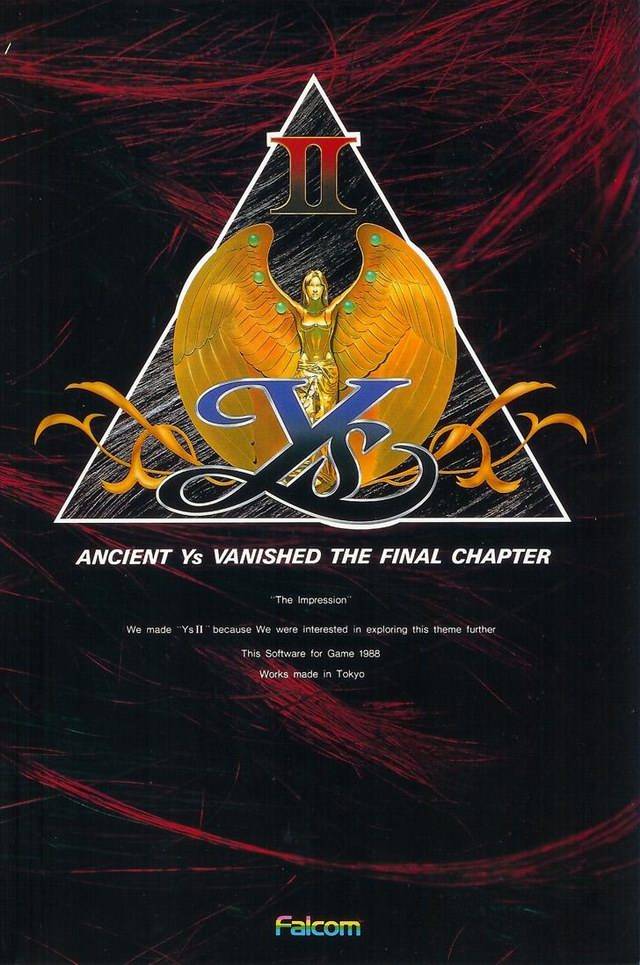