Halo 4 is a first-person shooter video game developed by 343 Industries for the Xbox 360 console. It is the first installment in a new trilogy of Halo series games, named the "Reclaimer Trilogy". The game begins 4 years after the ending of Halo 3, and marks the return of the Master Chief as the main protagonist, and the AI Cortana.

Halo 4's story or campaign mode can be played through alone or cooperatively with one other player in split screen and up to three other players through Xbox Live. Unlike in Halo 3 cooperative campaign where each player takes the role of a different character, in Halo 4 all players will play as Master Chief.

Halo 4 will feature a new story-driven game mode, titled "Spartan Ops", it can be played solo or cooperatively on two player split screen and on Xbox Live with up to three other players. It serves as a replacement for the Firefight game mode that featured in Halo: Reach and Halo 3: ODST. Season one of Spartan Ops will deliver five new objective-based missions and cinematics each week over a period of ten weeks to players.

In the multiplayer component of Halo 4, titled Infinity multiplayer, players will build their own custom Spartan-IV super-soldier and advance in their multiplayer career which spans across gameplay in War Games, Spartan Ops, Forge and Theater. 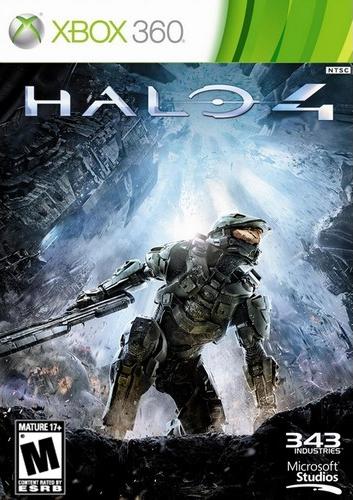