Steins;Gate Elite is a visual novel, and an updated version of the 2009 game Steins;Gate. Unlike previous games in the Science Adventure series, it will be fully animated, using all the footage from the Steins;Gate anime series along with newly produced animation for story routes not included in the anime series; the animation is played together with the script and voiced dialogue from the original game. The player reads the on-screen text and presses a button to advance the animation and text, and thereby progresses through the story. At some points, the player makes choices which cause the story to branch into different directions, leading to different endings 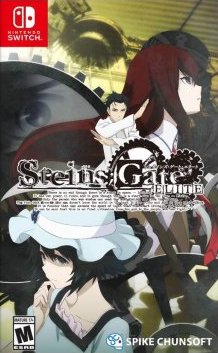