Angry Birds: Star Wars is a Star Wars themed edition of the Angry Birds series. The gameplay mechanics are the same as with other Angry Birds games, where the goal in each of the levels is to take out all of the pigs with the allocated amount and types of Angry Birds. The space and gravity mechanics from Angry Birds: Space are also implemented.

For this edition the birds have been given a Star Wars character makeover: Red Bird is Luke Skywalker, Yellow Bird is Han Solo, Pink Bird is Princess Leia, Big Red Bird takes the role of Chewbacca, Black Bird becomes Obi Wan Kenobi and Blue Bird is a rebel pilot. In addition to the cosmetic changes, the birds also get specific abilities based on what character they are: Red Bird gets a lightsaber, Yellow Bird gets a blaster etc. The Pigs are cast into the roles of the various bad guys of the Star Wars films such as Jawas, Stormtroopers and Darth Vader.

As with the characters, each level is based on parts of the original Star Wars trilogy, appearing in the order that they do in the film. Each level gets introduced with a Angry Birds-style introduction. 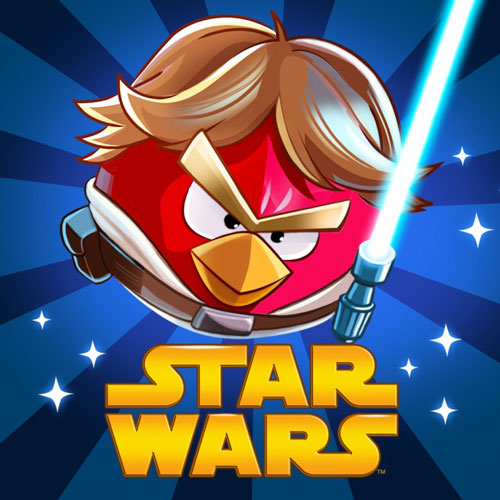