Batman: Arkham City is a 2011 action-adventure video game developed by Rocksteady Studios. It is the sequel to the 2009 video game Batman: Arkham Asylum, based on the DC Comics superhero Batman. The game was released by Warner Bros. Interactive Entertainment for the PlayStation 3, Xbox 360 and Microsoft Windows. The game was officially announced during the 2009 Spike Video Game Awards and was released worldwide for consoles, beginning in North America on October 18, 2011, with the PC version scheduled for November. A Wii U version is set to release in 2012.

Arkham City was scripted by veteran comic book author Paul Dini, who also scripted Arkham Asylum. It features a main plot and side-missions that develop their own sub-plots. The main storyline revolves around Batman's imprisonment in Arkham City, a sprawling new super-prison five times bigger than the original asylum and enclosing a wide variety of industrial districts, iconic locations and Gotham City landmarks. He must now stop mishaps occurring around this chaotic enclosure, mainly caused by his arch-nemesis The Joker. The game has received universal critical acclaim, making it one of the highest rated video games released in 2011.

The Wii U version uses the Wii U's touch screen controller to let the player manage Batman's equipment and upgrades, selectively detonate Explosive Gel placements, and view a map of the city. The Wii U version adds a Sonar mode which highlights points of interest nearby, and the Battle Armored Tech Mode (BAT Mode) that allows Batman to accrue energy during combat and, when activated, inflict increased damage. 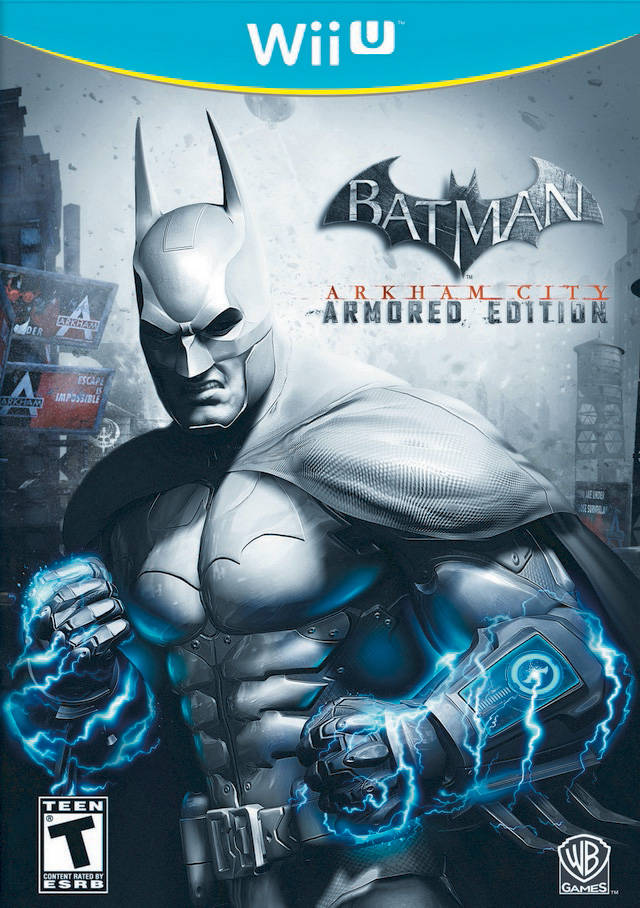