Atelier Lydie & Suelle: The Alchemists and the Mysterious Paintings

Follow the tale of alchemist twins -the reserved but caring Lydie Marlen, and the eccentric and carefree Suelle Marlen. The young twins work alongside their father at the family atelier, but due to his inexperience in alchemy, they rarely see any customers. While working hard to hone their skills, the duo uncovers a mysterious-looking painting, and as they reach out to investigate, the girls are drawn inside a world bountiful with rare materials... perfect for Alchemy! This fateful discovery is just the beginning of the twin's adventure leading them to their joint goal...to run the best atelier in the country.

● An all-star cast of alchemists from the Mysterious series, including Sophie, Plachta, and Firis! ● Player will expand their ateliers by exploring the surreal and distinct worlds within paintings, including lush forests, oceans, volcanic areas, and ice dungeons! ● Traveling through different paintings reveals vivid worlds - from the light tones of the ethereal Heavenly Flower Garden' to the gloomy hues of The Spooky Forest'. ● One of Gust Studios' 20th Anniversary titles. ● The concluding chapter of the Mysterious' series that started with Atelier Sophie and Atelier Firis. 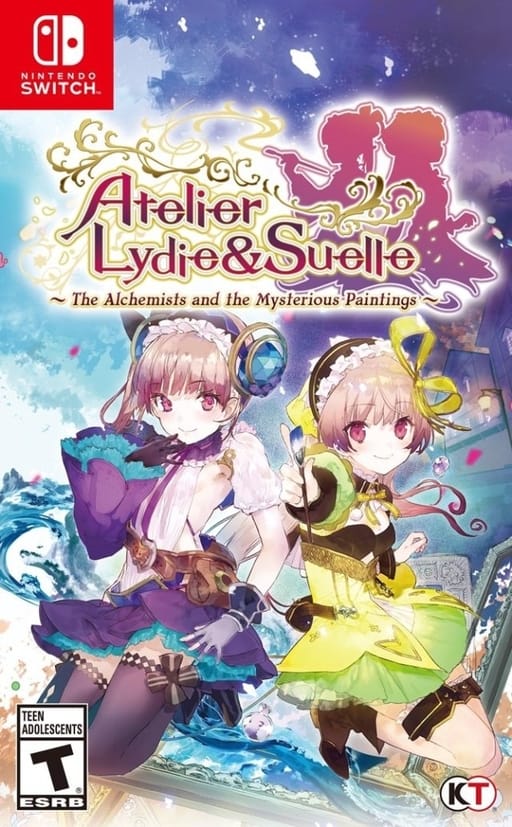