Take control of Reinhardt Schneider, a whip-toting Vampire Killer who has waited his whole life to meet his destiny, or Carrie Fernandez, a young girl with a strong magical presence who is mysteriously drawn to Dracula's evil Castlevania. It is their duty to seek out Castlevania and put an end to its residents' plans. What is your destiny?

The first 3d game in the series. Castlevania is an action-adventure video game. The player selects one of the game's protagonists to control: Carrie Fernandez, a young orphan gifted with magic powers, or Reinhardt Schneider, the whip-wielding heir to the Belmont clan (the series' recurring protagonists). Carrie and Reinhardt set out on a quest to stop Count Dracula's impending return to power after a century of dormancy. The characters travel to and explore Dracula's grand estate in their mission to defeat the count and his horde of undead minions. 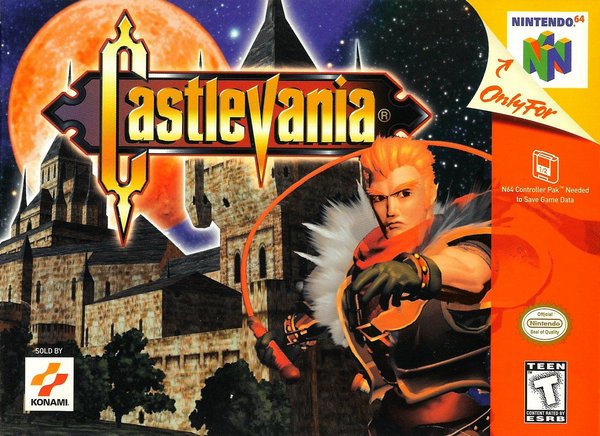