DmC: Devil May Cry is the fifth game in the hack-and-slash third-person action series and the first not largely developed by Capcom. This title is a reimagining of the series, with the same protagonist Dante, but set in an alternate universe. The Dante in this game is very different from before, doing away with the trademark white hair and altering the main character as well as the game's tone with a much more Western influence. The gameplay is still largely identical as Dante engages many opponents with a fast fighting style, stringing together combos and hits in quick succession.

The game is set in the fictional, dreary Limbo City that is secretly controlled by demons that are also after Dante. Through a girl called Kat he eventually comes in contact with his long-lost brother Vergil who leads a rogue group called The Order bent on extinguishing the demons. Eventually the two discover they are Nephilim, offspring of the demon Sparda and an angel Eva, which allows them to see and engage demons. The game mixes fantasy environments with surreal settings and technological touches such as being inside a TV stream of a biased news station "Raptor News" or engaging a soft drink company from within. Next to the fighting there are often platforming sections that involve grappling to move around combined with auto-target firing.

Dante's basic weapon is his sword Rebellion, combined with up to three melee weapons at a single time and guns (the twin pistols Ebony and Ivory) as a ranged attack. Players are often encouraged to quickly switch weapons to keep combos going, grapple enemies closer (Hell weapons) or zoom in Dante himself (Angel weapons), and also quickly dodge to evade attacks. Additional weapons and attacks are acquired through armoury unlocks. These are purchased through souls found along the way, the main currency that comes in different forms and also provide health. In addition he gets access to two separate ranges of weapon split into Angel and Devil. These are coded through the colours blue and red respectively, and later on enemies can often only be defeated by using the correct weapon in the right situation. Angel weapons consists of a shuriken and a scythe called Osiris, while Hell weapons wield massive power through a giant axe, and a pair of lava fists that can also optionally be charged. When a certain amount of power has been gathered Dante can activate the Devil Trigger mode where time slows down. 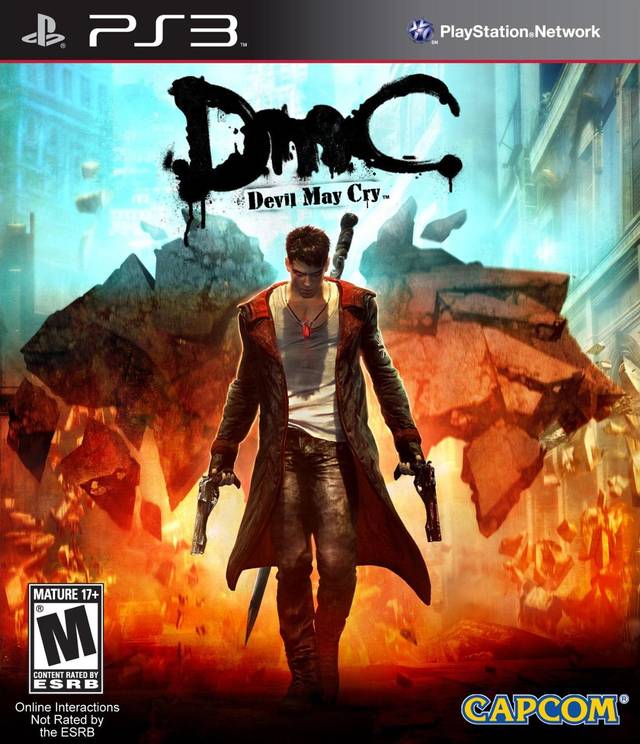