Mass Effect is a series of science fiction action role-playing third-person shooter video games developed by the Canadian company BioWare and released for the Xbox 360, PlayStation 3 and Microsoft Windows, with the third installment also released on the Wii U. The first game in the trilogy centers around a player-created character named Commander Shepard and his or her mission to save the galaxy from a race of mechanical beings known as the Reapers, and their followers, including Saren Arterius. The first game sees Shepard facing Sovereign, a Reaper left as a vanguard, who plans to allow the Reaper fleet currently hibernating in extra-galactic dark space to invade the Milky Way, and destroy all sentient organic life, continuing a mysterious cycle of destruction. The second game takes place two years later, and sees Shepard battling the Collectors, an alien race abducting entire human colonies in a plan to help the Reapers return to the Milky Way. The third and final game in the trilogy (but possibly not the final game in the series as BioWare has expressed interest in an additional game) centers on the final battle against the Reapers. 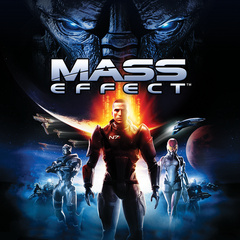