Billions of years ago, a Being from a distant galaxy was transporting a precious cargo of life giving Ore. The turbulent formation of our solar system caused his ship to crash, scattering Ore over the molten surface of Planet Earth. Through the millennia, Ten Humans came into contact with the Ore and were transformed into super-evolved warriors. These are the War Gods.

War Gods is a one-on-one fighting game that takes place in 3D environments. The fighters can perform many different moves, and string those moves together to perform combos. Furthermore, the fighters all have special finishing moves that eliminate your opponent in some gruesome manner at the end of a match. There are 10 different fighters to choose from, all based on different ancient civilizations. 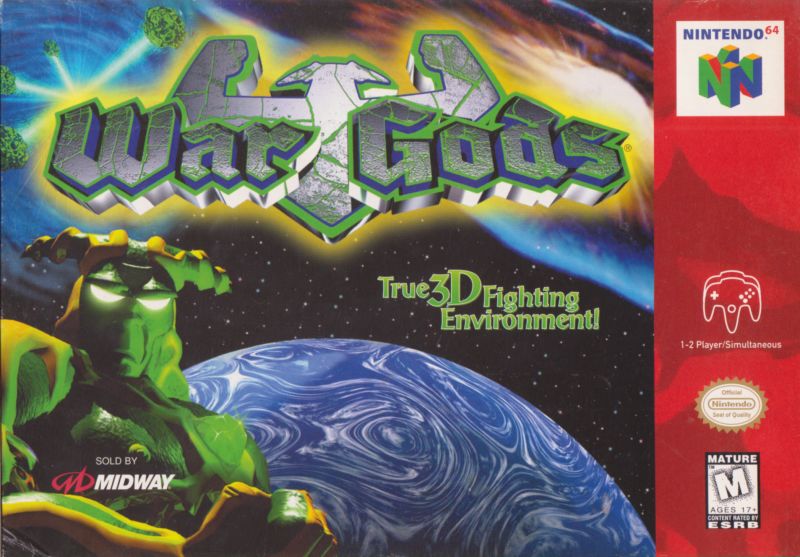