Fallout 2 is a computer role-playing game developed by Black Isle Studios and published by Interplay in 1998. The game's story takes place in 2241, 80 years after the events of Fallout. It tells the story of the original hero's descendant and his or her quest to save their primitive tribe from starvation by finding an ancient environmental restoration machine known as the Garden of Eden Creation Kit (GECK). Although featuring an almost completely new game world, stories, and adventures that are several times larger than its predecessor, the game mechanics from Fallout remain mostly unchanged, with the majority of changes dedicated to fixing interface issues. 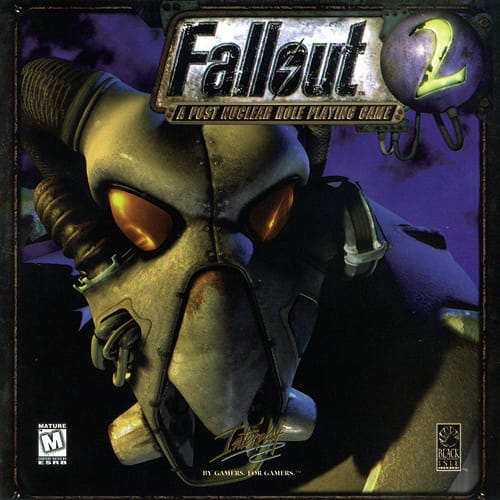