Ten years have passed since the events in BioShock. The underwater-city Rapture has further deteriorated, with water breaking in everywhere and whole sections flooded by water. But as bad as the situation is, the city still isn’t empty. After Andrew Ryan’s death, his long adversary, the psychiatrist Dr. Sophia Lamb took over the helm – embracing her own cult, making the mutated splicers that roam the city her worshippers. In the middle is Delta, the first of the protectors of the Little Sisters better known as Big Daddies. Eternally bonded to one and only one Little Sister called Eleanor, daughter of Sophia Lamb, he’s damned to search the city and find her or die trying. 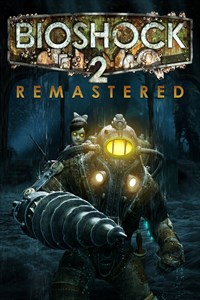