Ni no Kuni: Wrath of the White Witch

The Western PlayStation 3 version is published by Namco Bandai Games and includes both English and Japanese voice tracks. Due to problems in translation of the magic book, there are currently no plans to localize the Nintendo DS version. Despite this, a collector's edition of the PlayStation 3 version that contains the translated book is scheduled for release alongside the standard edition.

The story of Ni no Kuni revolves around thirteen-year-old Oliver, a resident of Motorville, whose mother, Allie, suddenly dies after rescuing him from drowning. A doll, given to Oliver by his mother, is brought to life from his tears and reveals itself to be a male fairy named Drippy (Shizuku, in Japanese), who gives Oliver a book that allows him to use the power of magic and enter the world of "Ni no Kuni," a reality parallel to his own. In Ni no Kuni, Drippy says Oliver may be able to find his mother, Allie. Using the newfound power of magic, Oliver and Drippy venture into Ni no Kuni. There, he befriends Esther, Swaine, and other alternative versions of people (and animals) he knows.

As Oliver, the player takes part in battles using the magic book given to him by Drippy. The magic book contains various spells that are activated using drawings with the stylus. During battles, players will be able to arrange their characters anywhere on the bottom screen to implement various tactics. For example, a character that can block certain attacks can be placed in front of the others to shield them. The game will also include a book that is supposed to represent the magic book from the game and is required to play the game. In it players can find a bestiary, short stories that offer game hints, and other information to which the game will refer. 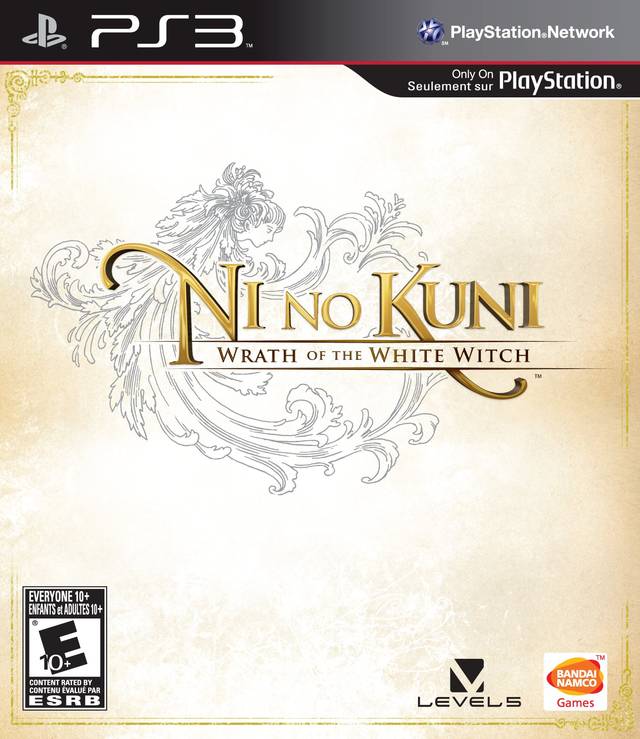