Doom 3: Resurrection of Evil is a first-person shooter video game developed by Nerve Software and id Software. It was released for the PC on April 3, 2005, as an expansion pack for Doom 3 and on October 5, 2005, for the Xbox video game console. The Xbox version does not require the original Doom 3 in order to play, and also includes the original Doom, Doom II: Hell on Earth, and Master Levels for Doom II. 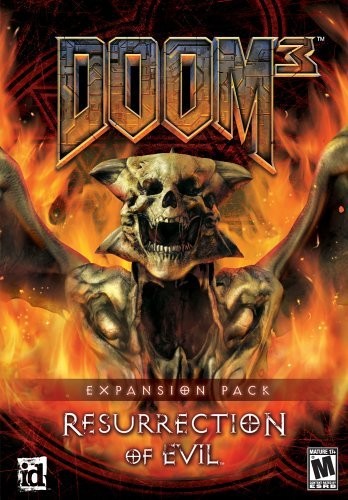