Star Fox 64, known in Australia and Europe as Lylat Wars, is a 3D scrolling shooter aviation-themed video game for the Nintendo 64 video game console. It is a reboot of the original Star Fox, and the only game in the Star Fox series to be released on the Nintendo 64.

It was also the first Nintendo 64 game to include support for the Rumble Pak, with which it initially came bundled. The game received positive ratings from reviewers and critics who praised its smooth animation, detailed visuals, voice acting, and use of multiple gameplay paths.

In Star Fox 64, the player controls one of the vehicles piloted by Fox McCloud, usually an Arwing. Most of the game takes place in "Corridor Mode," which forces Fox's vehicle down a fixed path straight forward through the environment. The player can maneuver somewhat around the path and slow their vehicle temporarily, but cannot truly stop or change direction. Some stages of the game, including many bosses, take place in "All-Range Mode" by comparison (as does Multi-Player Mode). In this variant the player can move freely within the confines of a large arena to engage in combat.

In Corridor Mode, the player's vehicle can be maneuvered around the screen to dodge obstacles and shoot incoming enemies with laser cannons, and can also perform a somersault to get behind enemies or dodge projectiles. The Arwing is also capable of deflecting enemy fire while performing a spinning maneuver called a "barrel roll" (actually an aileron roll in real life aviation terms). The Arwing and Landmaster can also charge up their laser cannons to unleash a powerful lock-on laser. The Arwing can also perform one new maneuver in All-Range Mode: an Immelmann up-and-over to change direction. In-game, this is called a U-turn. 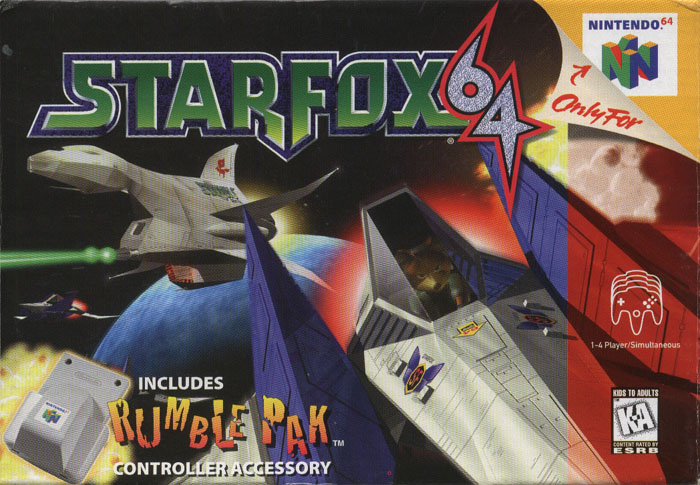